The Polymerase Chain Reaction, A Microcosm

Creating a new life-form is an awe-inspiring experience. Writing DNA like a mere sentence and watching creation unfold in the mechanism of life is both breathtaking and humbling. None of this would be possible without the Polymerase Chain Reaction (PCR). A simple process where all the ingredients for DNA: a teaspoon of reagents, a pinch of polymerase enzyme and a handful of the “letters” that make up our genetic code are thrown into the oven, literally, well a very accurate oven that can step temperatures rather quickly. Within hours the sentence you had written out on a computer screen, is now molecules floating around in a tiny tube ready to be put into a cell, which will read the instructions and attempt to build or act accordingly. Using this simple idea the human race has been handed over the keys to the Build a Life Workshop, however this simple process often goes without scrutiny, without improvement. 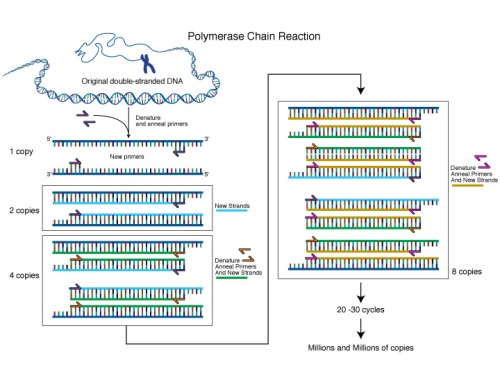 Much of the drug discovery in both academia and industry is now focused on protein mechanics. How does this receptor behave? What buttons turn this enzyme on and off? Focusing on protein structure and mechanism often makes PCR a boring chore that most researchers have to grudgingly get past before they can get to the interesting part. As a result, the basic process of PCR has remained the same for decades. I literally remember when a P.I. gave me a paper from 1985 to look up what settings I should use for my reaction. All this wouldn’t be a problem, except people are often wasting weeks to months trying to get the right PCR outcomes. At the root of the problem & the solution is information. PCR is a “black box” process, in that you throw all the ingredients together turn on the machine and hope that all the right molecules will bump into each other at the right times. Traditionally, it has been a exasperating trial & error based system. Now however, information technology has given a glimpse of a solution and a way to move forward to the next chapter in the development of this life-science staple.