Sage Bionetworks is a medical research organization, whose goal is “to share research and development of biological network models and their application to human disease and biology.” To this end, top geneticists, clinicians, computer scientists and pharmaceutical researchers gathered this weekend at UC San Francisco. We were given an inspirational speech by a cancer survivor, followed by report of the progress since last years congress. Although admirable on their own, the research and programs built in the last year seemed to remind us all again that in silico research was still closer to the speed of traditional life-science than the leaps and bounds by which the internet moves.

Example of an effort which aligns with & was presented at Sage

Projects like GenomeSpace by the Broad Institute give us hope of what’s possible while watching hours of debate and conjecture at Sagecon.  There were many distinguished scientists, authors , nobel laureates and government representatives, the totality of whose achievement here was coming to agreement on what should be built, who should build it and by when. Groups were divided into subgroups, and then those divided yet again. All the little policy details, software choices and even funding options would be worked out. There was a lot of talk. 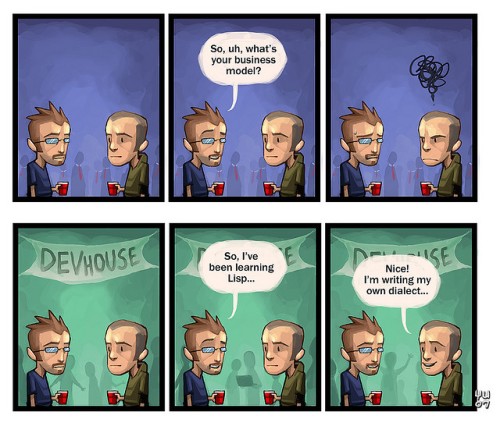 Attending gatherings for software developers in silicon valley, their hackathons leave much to be desired at events like Sagecon, the least of which being the beer. I doubt anyone enjoys sitting in a stuffy blazer listening to talks for hours on end. The hacker events are very informal, there is no set goal, yet by the end of 24 hours there are often great new programs, friendships and even companies formed. Iteration rate is key to finding solutions and the rate-limiting step in the life-sciences & medicine isn’t the talent or resources it’s the culture; an opinion echoed by Sages’ own shorts-wearing heroes Aled Edwards & Eric Schadt.